A previous version of the paper was published as a working paper in the Working Paper Series of the ARC Centre of Excellence for Children and Families over the Life Course at the University of Queensland.

School absenteeism is detrimental to life course outcomes and is known to be socioeconomically stratified. However, the link between socioeconomic status (SES) and school absence is complex given the multidimensional nature of both family SES (e.g., income, education, occupational status) and absenteeism (e.g., truancy, sickness, suspension). Despite the vast literature on socioeconomic inequalities in school attendance, no systematic review on SES and school absenteeism exists. This study systematically reviewed and provides a narrative synthesis of journal articles (n = 55) published between 1998 to 2019 on the association between SES dimensions and forms of absenteeism. The majority of studies from high-income contexts found an association between SES and absenteeism in the expected direction, albeit on average with small effect sizes. Studies largely confirmed these findings among populations at risk of school absence and those from low- and middle-income countries. There was greater evidence for an association between absenteeism and SES measured at the family than the school level. Studies using SES measures of financial resources (e.g., free or reduced-price lunch) provided more evidence for this association than studies measuring sociocultural resources (e.g., parental education). We found limited evidence that socioeconomic gaps in absenteeism vary by the reasons for absence. Research on the mediating pathways between SES and absenteeism is sparse. A key implication is that attempts to address inequalities in educational outcomes must include tackling SES gaps in school attendance. 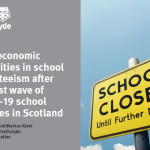 The social stratification literature is inconclusive about whether there is a direct effect of grandparent resources on grandchildren’s educational outcomes net of parental characteristics. Some of this heterogeneity may be due to differences in omitted variable bias at the parental level. Our article accounts for a more extensive set of parent characteristics and explores the mediating role of parental cognitive ability in more detail. It further tackles methodological challenges (treatmentinduced mediator–outcome confounders, treatment–mediator interaction) in assessing any direct influences of grandparents by using a regression-with-residuals approach. Using the 1970 British Cohort Study, our results show that the direct effect of grandparent education on grandchildren’s verbal and numerical ability is small and statistically nonsignificant. Parental cognitive ability alone can account for more than two-thirds (numerical ability) or half (verbal ability) of the overall grandparent effect. These findings stress the importance of cognitive ability for intergenerational social mobility processes. 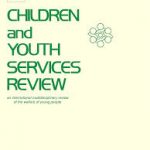 Mapping inequalities in school attendance: The relationship between dimensions of socioeconomic status and forms of school absence 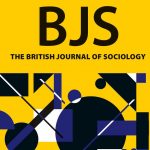 Research on stratification and mobility has consistently shown that in the UK there is a direct impact of social origin on occupational destination net of educational attainment even for degree‐holders. However, only a few studies applied a longitudinal and dynamic perspective on how intergenerational mobility shapes graduates’ working careers. Using multilevel growth curve modelling and data from the 1970 British cohort study (BCS70), we contribute to this research by looking at the emergence of social inequalities during the first ten years since labour market entry. We further distinguish between graduates of different fields of study as we expect social disparities to develop differently due to differences in initial occupational placement and upward mobility processes. We find that parental class does not affect occupational prestige over and above prior achievement. Separate analyses by the field of study show that initial differences in occupational prestige and career progression do not differ between graduates from different classes of origin in STEM fields, and arts and humanities. It is only in the social sciences that working‐class graduates start with lower occupational prestige but soon catch up with their peers from higher classes. Overall, our results indicate no direct effect of social origin on occupational attainment for degree‐holders once we broaden our focus to a dynamic life course perspective.

Inequality of educational opportunity in East and West Germany: Convergence or continued differences?

Diversity in education systems, and broader political and economic conditions, are commonly credited with international variation in inequality of educational opportunity (IEO). Comparing East and West Germany before reunification allows us to investigate whether vastly different political, economic and educational systems led to differences in IEO. Post-reunification, East Germany adopted the West’s systems and experienced an economic recession. IEO had been smaller in East than in West Germany but was on an upward trajectory before reunification. After 1990, IEO in East Germany converged to the West German level as a result of decreased IEO in the West and increasing levels in the East. Post-reunification convergence suggests differences in political context and education policy are crucial for IEO. 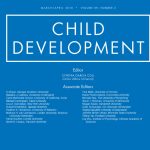 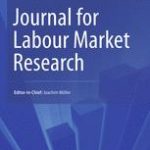 The association between graduates’ field of study and occupational attainment in West Germany, 1980-2008

Over the course of higher education expansion and growing numbers of graduates, employers are supposed to have increasing difficulties to regard a higher education degree as reliable signal for productivity. As a consequence, they may take into account ‘qualitative’ differences such as graduates’ field of study more often than in previous times when hiring labour market entrants. Both from a supply- and demand-side perspective graduates from humanities, social services or arts may be increasingly disadvantaged in terms of labour market outcomes compared to graduates from science, technology, engineering and mathematics over time. The article tests this argumentation by assessing changes in the relationship between graduates’ field of study and risk of unemployment as well as access to the service class in West Germany between 1980 and 2008. Changes in returns to field of study may contribute to growing (social) inequalities among graduates amidst educational expansion and are therefore important to consider. Based on Microcensus data, the results show that field of study differences in terms of both labour market outcomes did not increasingly diverge over time. The paper concludes that due to a limited educational expansion and the prevalence of an occupationally segmented labour market higher education remains a good investment in terms of labour market returns in West Germany irrespective of graduates’ field of study. 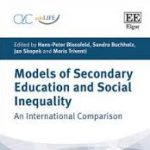 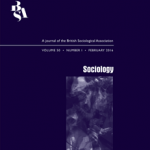 This article considers changes in the association between educational attainment and occupational prestige in Germany over time. We argue that the link between attainment and occupational prestige has become weaker over time because of compositional changes in graduate occupational destinations. Prior to higher education expansion, the small elite group of graduates tended to access the occupationally closed and thus more prestigious professions on graduation. As higher education participation expanded, however, an increasing proportion of graduates found employment in less prestigious and more diverse graduate jobs. The results confirm our theoretical expectations. The association between educational attainment and occupational prestige has decreased over time as graduates entered a broader range of jobs and their relative advantage over those with lower levels of qualifications decreased. This can, in fact, be attributed to a merely compositional change among graduates’ occupational destinations from prestigious professions towards less prestigious free-market graduate occupations.

The increasing unemployment gap between the low and high educated in West Germany. Structural or cyclical crowding-out?

This paper addresses trends in education-specific unemployment risks at labor market entry in West Germany from the mid-1970s to the present. In line with previous research it shows that vocationally qualified school-leavers have relatively lower unemployment risks than school-leavers with general education. Over time, the gap in unemployment risks between the low-educated and medium- and highly educated labor market entrants substantially widened for both sexes. The literature identifies two different mechanisms for this trend: structural or cyclical crowding out. While in the former scenario low-educated become increasingly unemployed due to an oversupply of tertiary graduates and displacement from above, in the latter their relative unemployment risk varies with the business cycle. The results provide evidence for cyclical rather than structural crowding-out in West Germany. Since macroeconomic conditions became generally worse over time, this strongly explains the widening unemployment gap between the low-educated and all other education groups. 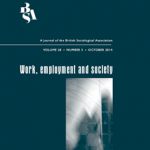 The effects of work experience during higher education on labour market entry: Learning by doing or an entry ticket? 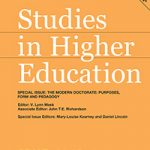 Is forcing them worth the effort? Benefits of mandatory internships for graduates from diverse family backgrounds at labour market entry

Mandatory internships are implemented in higher education curricula in order to ease the labour market integration of graduates. This article evaluates the utility of mandatory internships in Germany by assessing the effect on graduates’ transition from higher education to work. The authors examine whether these compulsory programmes provide extra benefits for graduates from families with lower educational backgrounds. Three different outcome variables are used to characterize the labour market entry: search duration until the first significant job, employment history complexity and wages five years after graduation. The results clearly indicate that compulsory internship programmes neither have a positive effect on labour market outcomes in general, nor are they particularly beneficial for graduates from lower educational backgrounds. 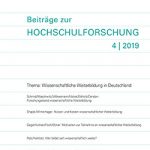 Trends in the association between educational attainment and class destinations in West Germany: Looking inside the service class

The paper investigates long-term trends in the association between educational attainment and class destinations in Germany. Most recent evidence for several European countries reveals a downward effect of education on social class. To test changes in the association in Germany I use the 1976–2007 waves of the German Microcensus (GMC), which is a nationally representative, repeated cross-sectional survey. For Germany, log-linear models indicate that the relationship between education and class destinations remains rather constant for both sexes. I also find that returns to higher education in access to service class positions do not consistently decline either. Only university graduates’ relative access chances slightly decreased in comparison to Abitur-holders from the 1980s to the 1990s. In order to consider compositional changes in the service class in more detail, I further disaggregate the service class into three types of employment: administrative/managerial positions, professional experts and professional positions in the social services. In fact, I find that access to administrative and managerial positions is less dependent on education than access to the professions. While professional positions in the social services become less stratified by education over time, it is compensated by a reverse development for professional experts. As substantially more employees work in administrative and managerial jobs since the 1970s, the slight reduction in university returns can indeed be attributed to a compositional effect. In spite of these qualitative and quantitative changes, the strong impact of education on access to the service class does not become blurred. The paper concludes that the persistent institutional framework in Germany does not lead to a decline in the overall association between educational attainment and class destinations. 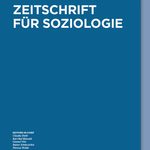 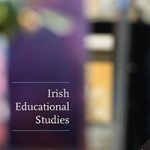 Higher education and non-pecuniary returns in Germany: Tracing the mechanisms behind field of Study effects at the start of the career.

Klein, M. Mechanisms for the Effect of Field of Study on the Transition from Higher Education to Work. Mannheimer Zentrum für Europäische Sozialforschung. Working Paper 130.

This article addresses the question of why fields of study differ in early labour market returns. It is argued that the higher the potential training costs of a field of study the more problematic the labour market integration of graduates. This is due to the fact that employers use the occupational specificity and selectivity of a study programme as a signal for the expected training costs. In addition, the article suggests that structural relations between fields and occupations act as mediators for the effect of field of study on non-pecuniary returns. Using the German HIS Graduate Panel 1997, the results indicate that a lack of occupational specificity is partly responsible for differences between fields of study. Selectivity measures do not contribute to an explanation. As expected, working in the public sector and the required expertise for a job strongly mediate field of study differences. 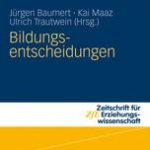 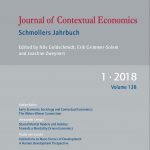